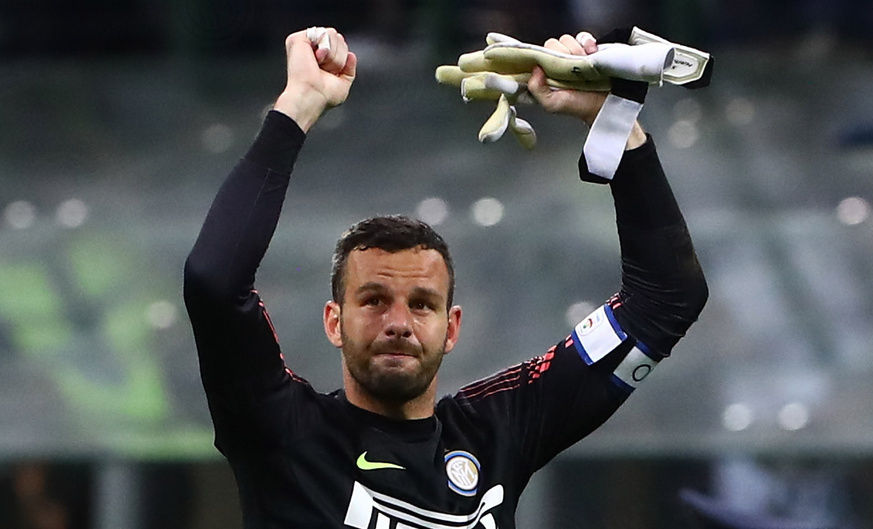 The goalkeeper after making some vital stops against Empoli: "We had to suffer but winning was what mattered"

MILAN - He was certainly a star tonight. Samir Handanovic’s extraordinary saves made the difference as Inter beat Empoli and the Slovenian looked back on the match to Inter TV: "Before the match, they presented me with the award for the best goalkeeper this season. I had to prove I deserved it…A goalkeeper is there to make saves. Let’s enjoy this moment now but we need to keep aiming higher."

"We were never afraid but we tried to manage the game and got it wrong. It happens, we had to suffer but we won in the end. It doesn’t matter how but we're in the Champions League deservedly. Compared to the final match last season, it was a different game. I want to thank the crowd, they were magnificent. It would have been tough without them, it almost felt like playing in a Champions League match. It’s true that the Champions League is different to the league but we needed that experience. Now, we can only depend on ourselves. We paid for that game against PSV but we’re celebrating today."

"Empoli are a tough side, they came to San Siro to win. The crossbar? D’Ambrosio saved us. I didn’t see him but I thanked him! I was told after that we were in the Europa League at moments tonight with results elsewhere but winning was the important thing and that’s what we did."

Next
Spalletti: "We've reached our goal, the guys showed heart"