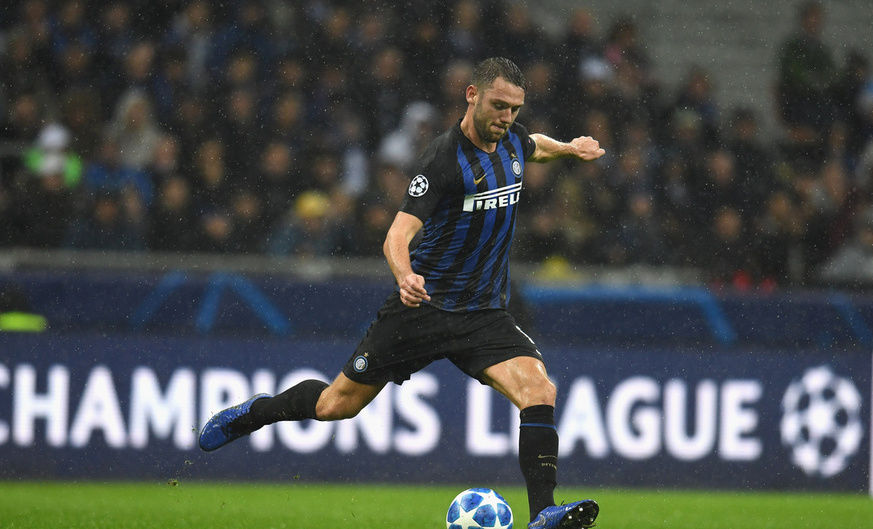 DE VRIJ: "WE'LL GO TO LONDON WITH THE AIM OF WINNING"

The Dutch defender to Sky: "We focus on the games that we need to prepare for in the dressing room"

MILAN - Stefan De Vrij spoke exclusively to Mediaset today. "The way the Tottenham game ended was a small turning point for us. After that, we’ve practically only won other than against Barcelona."

"In the dressing room, we focus on the matches that we have to approach, the two matches against Barcelona can teach us a lot because they’re one of the best teams in the world. I expected the games against them to be like that, they’re really strong but it’s nice to play against them to understand that level. We’re in form, we’ll go out in the Champions League with the idea of winning as we always do in every game.

"Steven is a great person, I’ve got to know him in the short time that I’ve been here. He loves Inter and he has a sense of curiosity which is important. The Coach prepares really well for games, he makes decisions for the good of the team. Me and Skriniar get on really well and we’re roommates. It’s easy to see that he’s a really strong player. Miranda has more experience and there’s Ranocchia too, we fit in well together.

"In the box, Icardi is always in the right positions and his movement is incredible. I understood that also when I played against him, he knows how to get away at the right moment in the box. Then, he’s a great captain and always knows what to say to motivate us. Handanovic? He’s a perfectionist, a truly great professional."

Next
Skriniar: "We need to bring consistency to our performances and results"