ZANETTI: "WE MUST STAY FOCUSED"

ROME – Inter vice president Javier Zanetti attended the launch of the "Calcio e disabilità: fischio d'inizio per Quarta Categoria" project at the Senate of the Republic in Rome on Wednesday.

Before heading into Palazzo Madama for the ceremony, which formally unveiled a plan to encourage people with disabilities to get involved in football, Zanetti spoke with the reporters gathered in Piazza della Minerva.

"When it comes to social responsibility, Inter has always been a very active, conscientious player. We love this new project – it’s important to support disabled people. We hope that it leads to more positive initiatives," said the Nerazzurri legend.

"Everyone involved in the tournament is desperate to play the wonderful sport that is football, so we’re right behind them. We’re twinned with Sporting 4E, who will wear our jerseys. Before the end of the tournament, we’ll also be inviting them to Appiano Gentile for a kickabout with the first team.

"I think football can be a great vehicle for positive values, so this is a fantastic opportunity. It’s fantastic to see them so happy today – the fact that they feel so engaged with and happy should further motivate us to support more initiatives like this. It’s crucial that this tournament is backed by the Football Association and the other Serie A teams.

"It’s important that we do our bit to support this kind of project and the fact that all of the various football institutions are involved is a good sign – not just for the present, but for the future too," added Zanetti.

The vice president then turned his attentions to Inter’s form on the pitch, starting with Tuesday night’s cup win.

"We’re pleased with the win in the Coppa Italia," began Zanetti. "That said, we need to stay focused and keep it up. It’s important that we take it game by game, starting with Sunday’s trip to Palermo.

"We need to show common sense and concentrate solely on what happens on the pitch, leaving controversies to one side. This is a very competitive, exciting season and I hope it stays that way right until the end. I think Juventus are the favourites right now but there are lots of other teams hoping to get back into the mix. Anything’s possible – in my eyes there are sides capable of doing that so let’s hope it stays this tight because that would be great for the spectators."

Zanetti also spoke about Inter’s Brazilian forward Gabriel Barbosa, who made his first start for the club in the win over Bologna.

"Barbosa deserved his chance. It had been a long time since he’d started a game so it was never going to be easy. We have great confidence in him – you have to give these young players time to adapt to our league.

"We’re delighted with Gagliardini’s start. He’s not just the present but also the future of this club. You have to congratulate Atalanta too on the great work they do with their youth academy. We want to focus on Italian players who can be the future of football in this country."

Last but not least, Zanetti said a few words about Inter’s Chinese owners.

"The Zhang family has great ambition, which is vital. They have the utmost respect for Inter’s history. This is a good start and should fill us with confidence for a bright future." 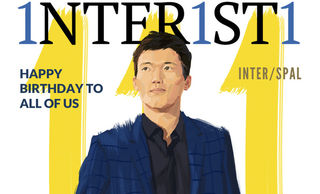