Special edition of Inter Channel programme dedicated to the legendary Grande Inter captain: "Converting him to a sweeper was a great idea of Herrera's"

APPIANO GENTILE – This week's episode of Memorabilia is dedicated to Armando Picchi, the late, great captain of La Grande Inter.

Sitting down with Alessandro Villa in the Inter Channel studios to discuss the legendary skipper's career and various anecdotes from his life was Picchi's son, Leo.

“Almost 50 years have passed and yet people still talk about him enthusiastically and remember him fondly. That means he clearly left a mark, which I think is the most important thing for any man. It's always really nice when I get to speak to people who met him, either in Livorno or Milan.”

Picchi was one of the first 'modern' sweepers back in his day. “Helenio Herrera came up with the great idea of moving him from full-back to sweeper, a position he excelled in with his ability to read the game and his vision.

"Herrera and my father both thought footballers should be very serious and professional, although they probably had different views on life.

“My father was always willing to lend people a hand. He was like a trade unionist and even negotiated some of his team-mates' contracts for them.”

Leo recounted a light-hearted incident involving the pair from one new year's eve.

“Herrera had told the players they had to stick to the mineral water and go to bed early. They turned on the TV and there was this live report from the casino in Campione d'Italia, during which the cameras showed the coach. So the players decided to get 'even' by unscrewing all the lightbulbs in the corridor to Herrera's room and leaving some empty bottles outside his bedroom door. He made a tremendous racket when he came back but he never mentioned a word of it the day after.”

The Grande Inter era came to an end in 1967: after losing to Celtic in the European Cup final and missing out on the Scudetto on the final day of the season, Armando Picchi was sold to Varese in the summer.

“I think that was the saddest time of his career. People generally say the team had reached the end of a cycle but I don't entirely agree with that: it was an extraordinary side and they could have gone on winning for a few more seasons.

“My dad realised the players needed a few days off. They were psychologically drained by the time they got to Lisbon and they lost.”

After hanging up his boots, Pichi returned to Livorno as head coach midway through the 1969/70 season, with the club stuck in the relegation zone.

“He steered them up the table and almost got them promoted to Serie A. After that he was recommended to Juventus and there, together with [Italo] Allodi, he set about building a team that was very similar to the one [Giovanni] Trapattoni later enjoyed so much success with. [Roberto] Bettega, [Giuseppe] Furino and [Fabio] Capello started out at Juve under him. I expect he would have had a very successful coaching career.”

Armando Picchi's legacy lives on in his hometown of Livorno, where the stadium was renamed in his honour in 1990.

“It was a wonderful gesture by the municipality. It's a lovely stadium where he played on numerous occasions. I took my kids there – they couldn't believe there was a stadium named after their granddad. Inter Primavera won a Viareggio Cup there too and it was also where Lothar Matthaus played one of his first games in Italy.”

"I've tried to honour his memory by always putting everything into my job,” said Leo, who works in the club's press office. “It's hard to explain what it feels like. It's a way of carrying on what he did at this club. I get more than just satisfaction from doing a job I enjoy – it's a responsibility too.”

Next
Inter to face Lazio in Coppa Italia quarters 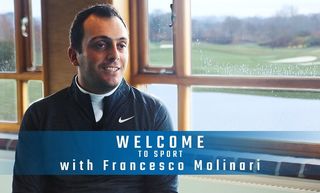 Francesco Molinari stars in Welcome To 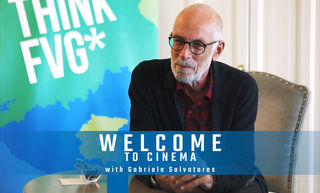 Gabriele Salvatores stars in Welcome To 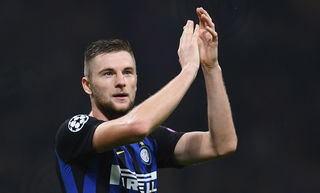 Skriniar: "We need to bring consistency to our performances and results" 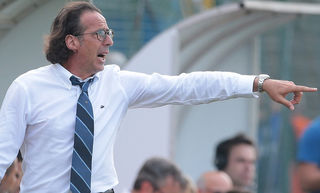 UYL, Madonna: "We were better today compared to the game against Cagliari"