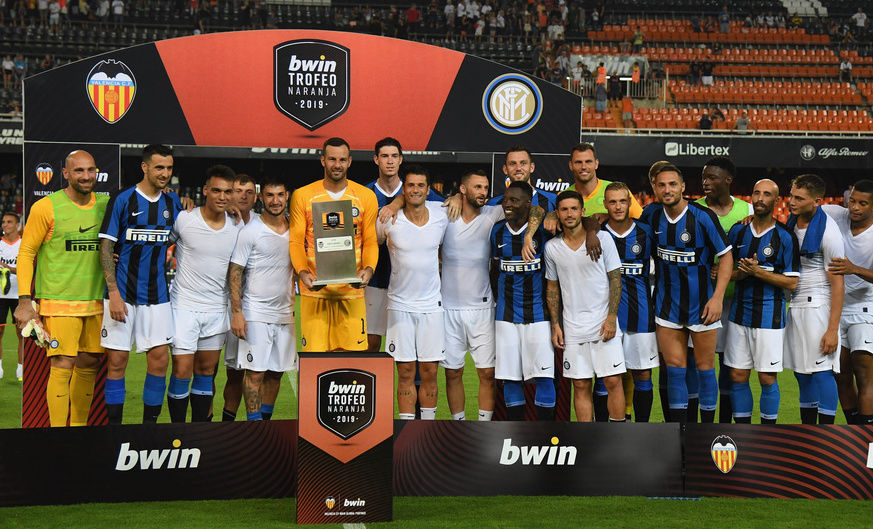 POLITANO AND BASTONI: "WE'RE WORKING WELL, THIS SIDE HAS AN IDENTITY"

The key players from the victory in Valencia: "The team is right on track"

VALENCIA - A perfect penalty, sending the keeper the wrong way to make it 1-1, and a handful of other sparkling moments. Matteo Politano, a key player in the Trofeo Naranja victory in Valencia, explained his feelings while speaking to Inter TV after the match: "Our preparation is going well, I'm trying to achieve the best condition possible and learn the movements that the Coach wants from me. In my opinion the team is right on track, there are still fifteen days to go before the start of the season, we are working hard and physically I’m doing well." Then a joke about the newcomer, Romelu Lukaku: "The first impression he's made has been super positive, he's a player who makes the difference and we're happy to have him with us."

Alessandro Bastoni was also a protagonist tonight, coming on near to the end and decisive in scoring the seventh penalty to win Inter the trophy: "It was important to win, because that’s the attitude the Coach has given us. I'm happy to score the decisive penalty, but above all I’m happy because this side has an identity that we've seen since the start of all our preparations. We're ready for the league. Tonight we adjusted tactically during the match based on how it was going, we still have to take full control of the defensive sides of the game but we're determined and we’re working well.”

Next
Conte: "The lads never give up, this is the right mentality"