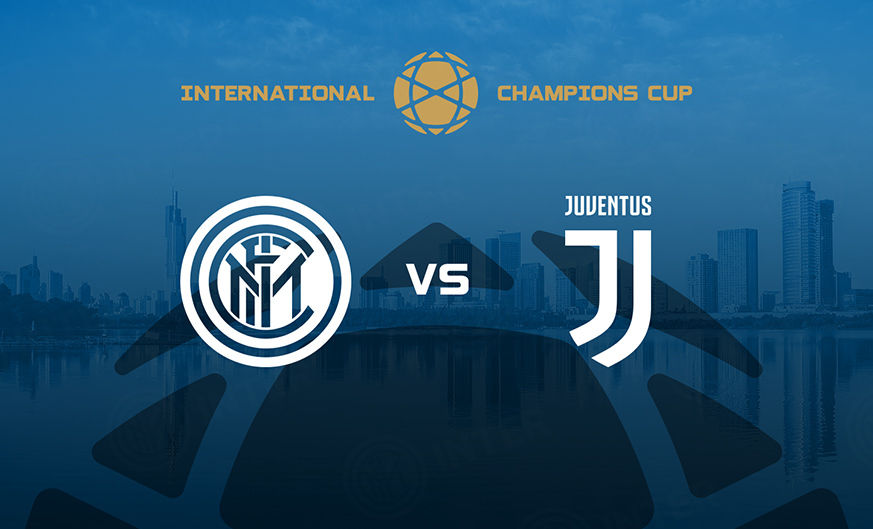 INTER VS. JUVENTUS IN THE INTERNATIONAL CHAMPIONS CUP ON 24 JULY IN NANJING

The Derby d'Italia will be played in China for the first time: "We have a lot of fans there, they'll make us feel at home"

NANJING – There’s another game that simply cannot be missed as the Nerazzurri get set to enjoy a summer of prestigious fixtures. On 24 July, Inter will face Juventus at the Olympic Sports Centre in Nanjing in the International Champions Cup. As already announced, the Nerazzurri will also face Manchester United (Saturday 20 July in Singapore) and Tottenham (4 August in London) in the competition organised by Relevent Sports Group. Furthermore, a game against PSG in the International Super Cup on 27 July in Macau is also in store for Inter.

Two giants of Italian football are set to clash in China. Nanjing, the city where Suning Group’s headquarters are found, will host the Derby d’Italia, a game which always evokes memories of great battles and is always eagerly anticipated by fans. It will be the first time that Inter and Juventus have faced each other in China, with it set to be a match that will allow Chinese fans to admire the most historic and exciting clash in Italian football.

"We’re happy and proud to be able to bring the Derby d’Italia spectacle to China, our Chinese fans will be really enthusiastic," said Luca Danovaro, Chief Marketing Officer of FC Internazionale Milano. "Nanjing is a unique and special place to host such an important match. It’s a city rich in history and has a strong link to our Club. There are many Inter fans there and they always follow and support us in every match we play. We’re convinced that the game on 24 July will be a unique event that will combine a highly expectant atmosphere with the passion of Chinese fans. FC Internazionale’s brand is global: our Club has 390 million fans, 120 million of which live in China. The country will now have an opportunity to support our team live. There’s no doubt about it: they’ll make us feel at home."

The International Champions Cup has become a fixed and prestigious summer event for the biggest clubs in the world: "Every year, we try to get the best sides involved. With Inter vs. Juventus, we’re pitting two sides together whose rivalry is one of the most historic in world football. It’ll be a game that Chinese fans will never forget," said Charlie Stillitano, Executive Chairmain of Relevent Sports Group.

"The Jiangsu Football Association is delighted to welcome the ICC again after the 2017 experience. The stadium is world-class and there is a vast pool of football fans. Nanjing is the perfect city to host a match as big as Inter vs. Juventus. The Derby d’Italia will be a great football celebration."

Next
Valeri set to referee Inter vs. ChievoVerona