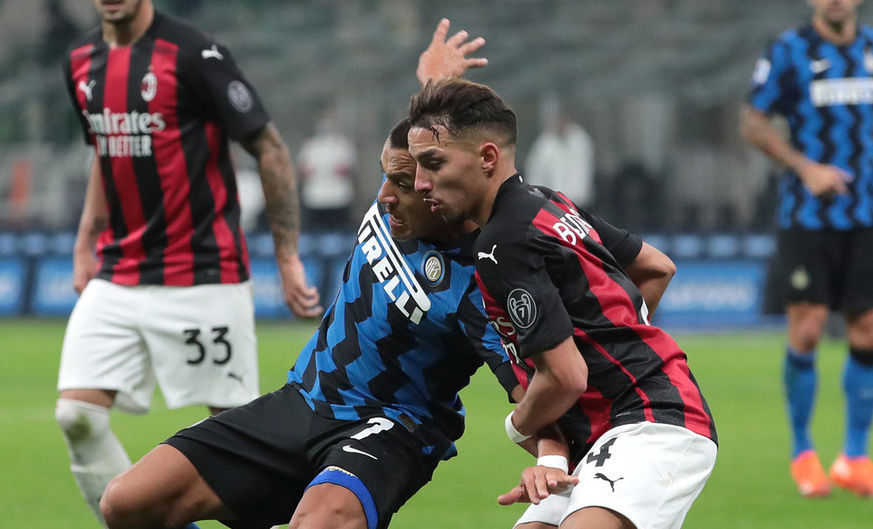 MILAN – This time, Inter weren’t able to complete a comeback, with the Nerazzurri falling to their first Derby defeat in Serie A since January 2016. It’s a loss that hurts, because, beyond the fact that Inter were up against their cross-city rivals today, the team showed commendable commitment throughout, missed a host of chances and played with the utmost pride and determination. There’s undoubtedly regret, with the Nerazzurri giving Milan a two-goal head start early on. Lukaku then did all that he could to get his side back into it: he didn’t just score, he was also constantly involved in the team’s play, right up to his 96-minute back-heel that ended in Donnarumma’s arms. Ultimately, however, it wasn’t enough: Milan ran out 2-1 winners thanks to Ibrahimovic’s brace. But only four league fixtures have been played, and there’s still a long way to go.

It was a highly intense match, right from the very beginning: the two teams were looking to be aggressive and courageous in their play, and they also weren’t holding back in their tackles. There was plenty of counter-attacking football on display too, especially through the middle. But it was Milan who struck first, and they landed another blow just a few minutes later. With 16 minutes on the clock, the scoreboard read Inter 0-2 Milan, with Ibrahimovic having bagged a brace. As was the case in February earlier on this year, Inter would have to make a comeback.

Milan were looking for Ibrahimovic constantly and, in the early stages, were enjoying tremendous success in getting behind the Nerazzurri’s midfield with quick counter-attacking play. In the 13th minute, they reaped the rewards of their precise game plan as they took the lead: after receiving the ball, Ibrahimovic was able to bring it into the area before being upended by Kolarov. Handanovic did really well to save the Swede’s resulting penalty, but the Milan striker was then able to knock the ball in on the rebound. Three minutes later, Conte’s men found themselves 2-0 down: Leao escaped down the left, crossed the ball into the box for Ibrahimovic, who finished with his right foot and bagged his second of the game. A quick double blow.

However, there was still a long way to go, and Inter still had time to reorganise themselves and aim to take advantage of Milan’s weaknesses. The Nerazzurri were constantly looking to do damage down the flanks, and this is precisely how Lukaku’s goal came about: Kolarov charged forward, Perisic squared the ball back from the left and the Belgian tapped home. The Nerazzurri suddenly had the wind in their sails and came close to equalising on two occasions in the 32nd minute, first through Lautaro and then through Barella. With the half coming to an end, Lukaku missed two opportunities to draw Conte’s men level.

The second half was played at a lower tempo and pace in comparison with the first, with fatigue from the most recent round of international fixtures clearly visible. Milan also lacked the desire to push forward, even if Leao had the legs to do so on the break. Hakimi was a continuous bright spark on the right, while Barella seemed to be everywhere on the pitch at once. These two regularly acted as the fuses that lit up so many Nerazzurri attacks after the restart, when Conte's team started to rack up chances to equalise. Unfortunately, these weren’t converted into goals.

Hakimi came closest to scoring through a header that flew just wide of the post. The Nerazzurri continued to pile on the pressure, slowing down midway through the second half but picking up in the last quarter of an hour. A chance came our way in the 75th minute: Lukaku raced into the penalty area, with a penalty call against Donnarumma then being reversed by VAR after the Belgian was adjudged to have been offside. Even in added time, the heart and commitment to get a result remained, with Lukaku twice being involved in chances to equalise. The first of the two came in the 93rd minute, when he narrowly poked the ball wide. The second and final chance came with 95 minutes on the clock, when, under pressure in a hectic penalty area, he improvised a backheel that Donnarumma was able to gather in.

The game finished 1-2, a match that was lost in the opening stages, despite a fierce response that saw the Nerazzurri go on to create 19 chances, almost double the opportunities that the Rossoneri had.