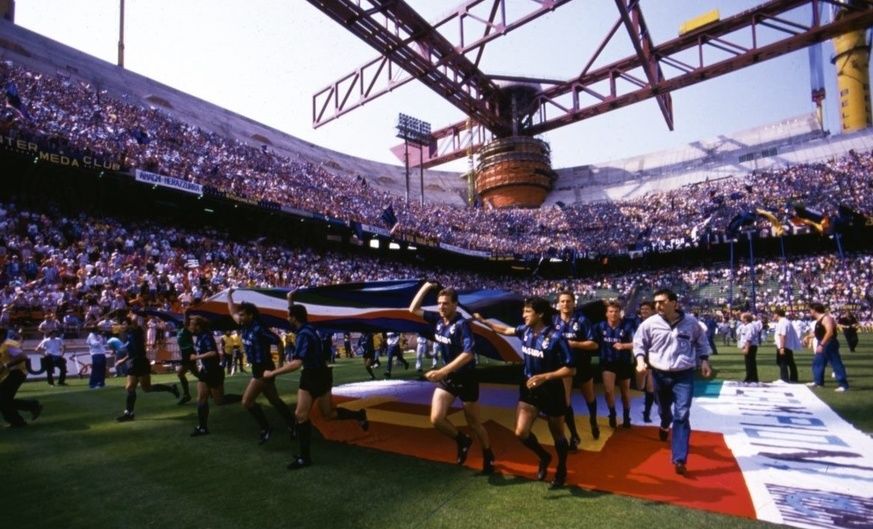 It was the most competitive Serie A season of all time. Napoli had Maradona and Careca, Milan boasted their Dutch trio, Juventus had Laudrup and Sampdoria were inspired by Vialli and Mancini. And joining them, was Ernesto Pellegrini's Inter coached by Giovanni Trapattoni.

This Inter side had just one sole objective: winning. It was a meticulously planned journey, right from the off, with the arrivals of players such as Lothar Matthäus, Andreas Brehme, Ramon Diaz, Alessandro Bianchi and Nicola Berti. Completing this exceptional mix were mainstays such as Walter Zenga, Riccardo Ferri, Giuseppe Bergomi and Aldo Serena.

You only have to think of Lothar Matthäus, who had won three league titles during four seasons with Bayern Munich. Following his arrival in Italy, he declared his immediate intent: 'I've come here to win.'

However, it wasn't easy. Trap's Inter began the 1988-99 campaign by losing to Fiorentina in the Coppa Italia. However, following this initial setback, the group would soon become one. United in their intensity, technical excellence and hunger.

'Are Juventus strong? We're stronger.' Matthäus was always the man to lead the way in terms of desire. With Giovanni Trapattoni directing his set of players, who all knew how to fight and defend, the Nerazzurri also benefitted from Walter Zenga's crucial saves and goals from Serena and Diaz.

Brehme flew down the left flank, providing both crosses and goals, while Matthäus inspired in every sense. He dominated midfields across the country, earning respect and admiration along the way. Captain Giuseppe Bergomi was a a stalwart at the back, but also a threat going forward. Nicola Berti was an instant hit among fans, entertaining through his skills, goals and celebrations.

Following a 0-0 draw against Napoli at the San Paolo, Diego Armando Maradona was amazed 'Walter Zenga saved everything'. Impressive in defence and on the counter-attack, the Nerazzurri possessed both grit and goals. In the dressing room Matthäus would issue his usual speech: 'Relax, I'll score'.

He was also decisive on the most important matchday of the season when Inter took on Napoli at San Siro on 28 May 1989. Matthäus' blistering free-kick ensured Scudetto No.13 for the Nerazzurri, won with four games to spare. This record was enhanced even further come the end of the season, with the team securing 58 points from 34 matches. Their campaign consisted of two defeats, six draws, 26 wins, 67 goals scored and just 19 conceded.

'Unrepeatable, marvellous, and desired since day one.' 'We won convincingly and with enthusiasm.' "We were legendary and exciting, we're happy for the fans.'

30 years ago on 25 June 1989, with the Scudetto already in the bag, Trapattoni's Inter side finished the season on 58 points after a 2-0 win over Fiorentina. That record-breaking Inter side made footballing history.