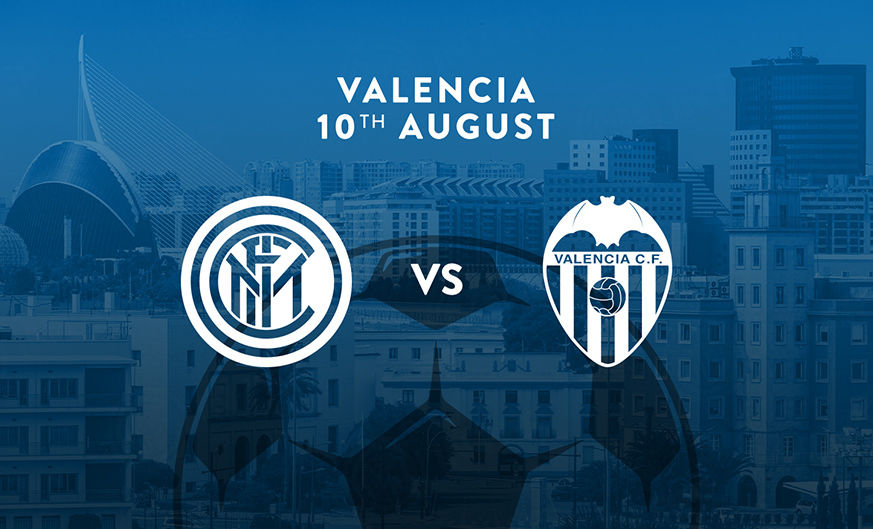 INTER TO FACE VALENCIA IN THE TROFEO NARANJA ON AUGUST 10TH

Another fixture added to the Nerazzurri's pre-season, with the Nerazzurri in action at the Mestalla on Saturday 10 August at 21:30 CEST

MILAN - Another significant and unmissable encounter. The latest fixture to be added to Inter's 2019 Summer Tour will see the Nerazzurri take on Valencia at the Mestalla on Saturday 10 August at 21:30 CEST. This will be as part of the 2019 bwin Trofeo Naranja.

2019 is a particularly important year for the Spaniards as they mark their Centenary. As part of their anniversary celebrations, Valencia have invited Inter to compete in the historic Trofeo Naranja. Notably, Inter took part in the first edition back in 1959, with Pelé's Santos completing the three-team line-up.

This is just the latest international encounter to included in the Nerazzurri's spectacular summer tour. One that starts in Lugano with the Casino Lugano Cup on 14th July before the team will then fly to Asia for three matches. During the International Champions Cup, Inter will face Manchester United in Singapore on 20th July and then Juventus in Nanjing on 24th July. This will be followed by the International Super Cup in Macao against PSG on 27th July. Next up will be their final International Champions Cup fixture against Tottenham Hotspur in London on 4th August.

There have been 10 previous meetings between Inter and Valencia in European competitions. One of the most famous encounters came back in the 2001-02 UEFA Cup, when Javier Farinos was forced to go in goal after Toldo was sent off. Remarkably, he didn't concede. The following year, in the Champions League, Toldo played one of the best games of his career, producing some majestic saves are still remembered today by Inter and Valencia fans alike.

Next
Lucien Agoumé is a new Inter player