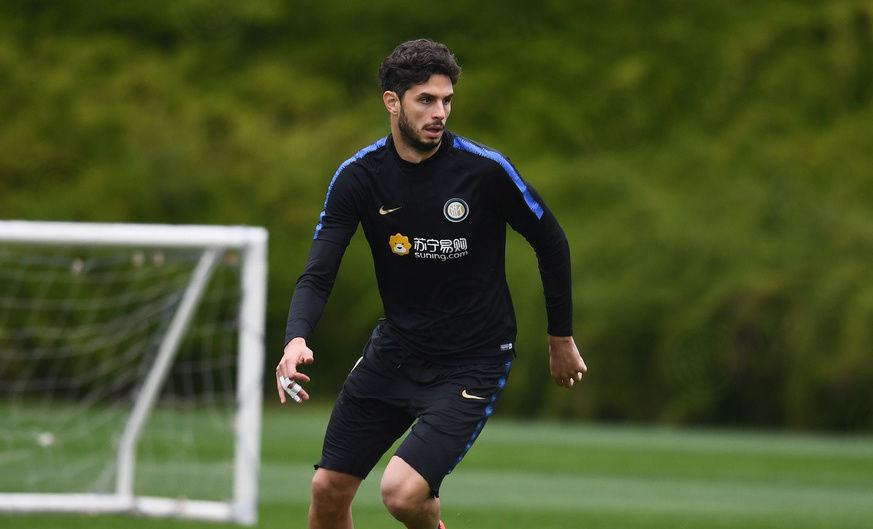 The Nerazzurri defender highlighted the team's ambition for the season's end: "We want to reach the Champions League as sson as possible"

APPIANO GENTILE - Andrea Ranocchia has revealed his delight after recently signing a contract renewal with the Nerazzurri: “In two years time, I would’ve spent 11 years with the Nerazzurri,” said Ranocchia to Inter TV. “It’s been a long time spent here and I’m really pleased because it’s family to me.

“The talks were fairly simple and it didn’t take long at all. I’m pleased that my attachment to this club has been recognised, as well as my professionalism in training every day and during matches. I’m happy and I hope that we enjoy great success over the next two years, achieving things that this team has been missing out on for too long.

“As a defender, I went through some difficult years. We’re now doing much better and some top players have arrived - it’s all coming together. Obviously, the road is long as we’re still far from top spot, but this is something that we must achieve – hopefully in the shortest time possible. It’s only right that a club like Inter gets back to fighting for titles. When playing up top, I’ve always tried to give my all when called upon. Obviously, it’s not my natural position but I’ve given everything when in that situation. Sometimes it’s gone well and other times it hasn’t.

Next
Udinese vs. Inter: Stats and trivia