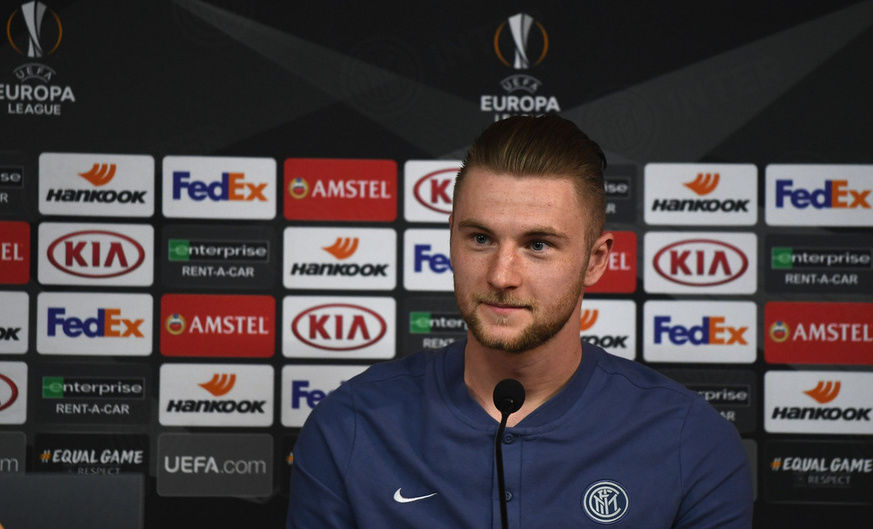 The defender spoke ahead of Inter vs. Eintracht Frankfurt: "Our approach will be important. They are a physical side, but we need to play our game"

APPIANO GENTILE – Milan Skriniar spoke alongside Luciano Spalletti at the pre-match press conference held on the eve of Inter vs. Eintracht Frankfurt. This is what he had to say: "We’re expecting a very difficult match. We must stay alert and not concede any goals, but we also need to play our game and demonstrate the character we have. In the first leg, we played well in the opening period and created a number of chances. However, we didn’t manage to score. We also need to be at it right from kick-off tomorrow: we need to start in a strong and decisive way."

Hütter’s side are dangerous on a number of fronts, with their physicality being one stand-out quality: "They often play it long, they’re a very physical side. This is something we particularly need to watch out for."

Finally, the Nerazzurri defender spoke about the possibility of playing in midfield and perhaps scoring his first goal of the season: "I’ve played a few matches in midfield for my National Team, I’m ready to do anything the Coach asks of me. I haven’t scored this year. I’ll try to find the back of the net, but it won’t just be for me – it’ll be to help the team."

Next
Viareggio Cup, the line-ups for Inter vs. Cagliari