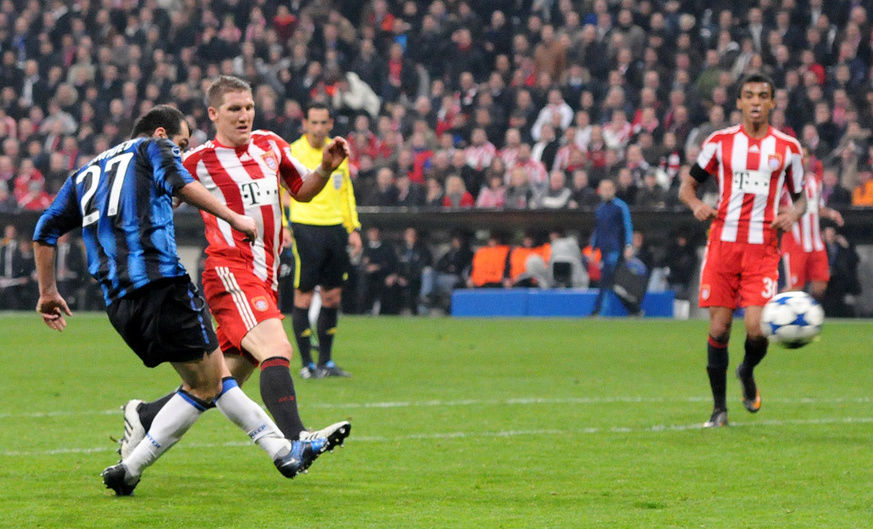 EINTRACHT FRANKFURT VS. INTER: BETWEEN PAST AND PRESENT

Another Nerazzurri challenge against German opposition, so far recording 22 wins from 46 games

MILAN - Our upcoming trip to Frankfurt in the Europa League brings back many memories of the Nerazzurri’s previous fixtures against German opposition. Inevitably, one can’t help but dwell on the 2010 Champions League final in Madrid when we beat Bayern Munich 2-0 thanks to a Diego Milito brace.

However, even our last encounter against the Bavarian outfit, the following season, brought with it great joy. On 15 March 2011 in the Round of 16, we completed an incredible Champions League comeback at the Allianz Arena. Samuel Eto’o initially beat Kraft to put Inter ahead in the third minute before Sneijder and Pandev then rounded off the win in the second half. An unforgettable 3-2 victory to redeem the first-leg 1-0 loss.

Our fixture in Frankfurt against Eintracht will be Inter’s 47th test against German opposition, with the Nerazzurri so far recording 22 wins, eight draws and 16 defeats.

This Round of 16 first-leg clash will see Inter come up against an Eintracht Frankfurt side who are currently fifth in the Bundesliga: they’re sitting on 40 points in the league following eleven wins, seven draws and six defeats. They’ve scored 47 and conceded 30 so far.

Adi Hütter’s side are in good form too: in their last five Bundesliga matches, they’ve picked up nine points after winning two and drawing three and have scored eight and conceded four in the process. In all competitions, they’ve found the back of the net 13 times in their past five games.

Eintracht Frankfurt have also enjoyed a very successful Europa League campaign up to this point: the German side finished with maximum points in Group H after netting 17 times and only letting in five. They qualified for the Round of 16 stage after comfortably beating Shakhtar Donetsk 4-1 following a 2-2 draw in the first leg.

With 23 goals scored in Europe this season, Eintracht Frankfurt boast the most prolific attack in the competition so far. Their top scorer in Europe is Luka Jovi, whose registered six goals and one assist in eight games.

Next
UEL, William Collum to referee Eintracht Frankfurt vs. Inter