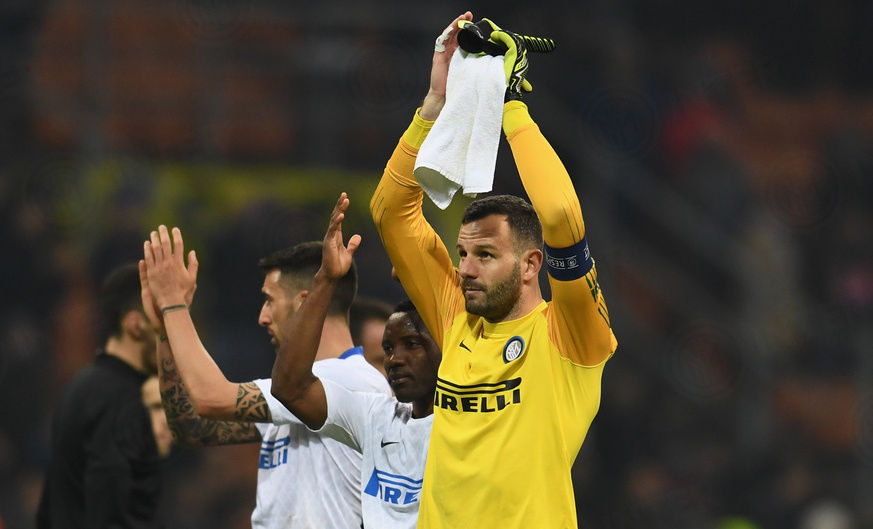 HANDANOVIC: "WE NEED EVERYONE TO MAKE A CONTRIBUTION"

The Slovenian after the win against Rapid Vienna: "The captain's armband isn't a noble title or a trophy but it's a great responsibility"

MILAN - Following the game between Inter and Rapid Vienna, Samir Handanovic was one of the players who looked back on the match: "You can’t take anything for granted in football today, you can be stung if you underestimate a match. If you do your job, everything seems normal in the end but it doesn’t always go that way. The group is tight-knit and we’ve also improved because of this. The captain’s armband? It’s not a noble title or a trophy but it’s a great responsibility, to wear it here at Inter is a privilege. You don’t need one player who wears the armband but five or six leaders in the group, it doesn’t matter who wears it. Nothing has changed for me, I behave the same as before but a captain’s behaviour is always under the scrutiny of everyone and I’ll help my teammates if needed. Those guys who’ve played less so far were ready today, we still have a lot of games left and everyone will have to contribute. We need to pull in the same direction to reach our shared goal which is to make Inter win again."

Next
Inter 4-0 Rapid Vienna, all you need to know