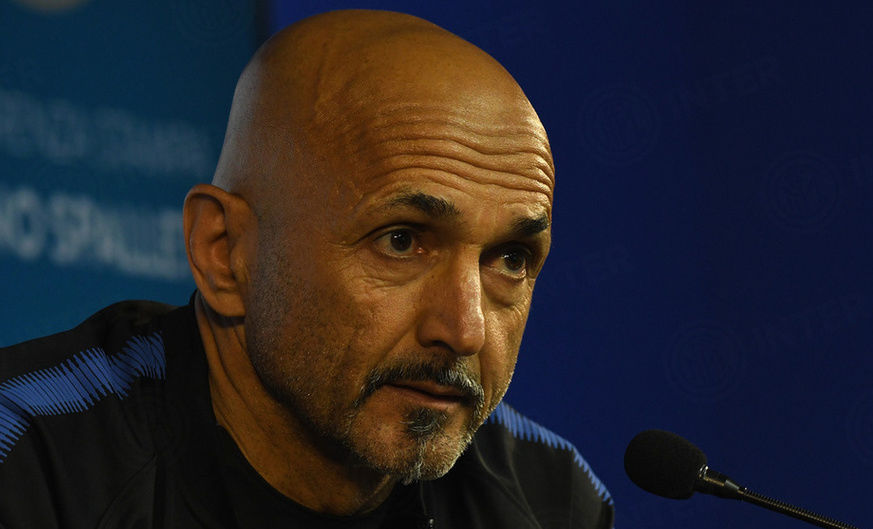 SPALLETTI: "WE'VE SHOWN WE CAN BE A REALLY STRONG TEAM"

At the Udinese-Inter press conference, the Coach said "Saturday's match mustn't affect us but must make us stronger. We need to win all three games"

APPIANO GENTILE – This weekend's fixture marks the penultimate away game of the season for Luciano Spalletti's Inter as they take on Udinese in tomorrow's early kick-off at the Stadio Friuli at 12:30 CEST. "We must be conscious of the situation we have ahead of us. It all depends on us and we must use what happened in the last match to become stronger over the next few games, without carrying any baggage that might affect us. If we win all three remaining matches, we're in the Champions League; we have to think like that. I don't want to go over what happened in Inter vs. Juventus, it's finished. Regarding the match, I've watched it again and there are a lot of aspects to analyse. We've grown and we showed that we can be a very strong team. This strength must not be affected by anything, however. It must always be our way of being, without needing a triggering factor."

As D'Ambrosio is unavailable, a starting place against Udinese is probably up for grabs for either Santon or Dalbert: "I believe I've made my decision but sometimes you can change your mind just before a match. I don't like the criticism of Davide, he had no responsibility for the result. If you want to analyse Saturday's match in more detail, there would be a lot of things to consider; not just a single episode. It's reductive to look for one guilty party."

The Nerazzurri coach made the following comments when asked about what he needs to do to close the gap to the top of the league: "Even this season we have caused problems for the teams ahead of us. We have shown signs of progress, but it's clear that we need to put them into practice in order to make the next step. The team has grown in their way of playing and in their mentality because otherwise we would not have played like that for an hour despite being down to ten men. Depending on how we work going forwards, we can finally close that gap to the other teams."

"Icardi's tears? You did not need to see that reaction to know what the emotions were after the final whistle. We have work to do with the boys and they know what that is; they want the best for the team and for the supporters. They are serious professionals and they have important values for Inter. We've been forced to live through a tough week, but we need to be brave and not let it affect us over the next few games because what's crucial now is the match tomorrow."

There were then some questions on individuals: "Rafinha? He helped us a lot, like we helped him when he had just arrived to allow him to get over his physical issues. Now that he is back to the same level as the others, he's showing his worth and his quality. Brozovic? He's showing he has a compass in his feet. He knows how to direct the team playing from that position. He's an important player, just like the others. On the whole, we have had good results. There was a period where nobody was happy but, if we continue to work like this, we'll definitely be able to go toe-to-toe with the teams that have shown themselves to have a bit more than us over the last few seasons."

Spalletti was also asked about Massimo Moratti's comments about Inter vs. Juventus: "I agree with what our former President said. Fans will emerge as even more committed Interisti after a match like that. His thoughts are always of quality thanks to his experience. We must benefit from that performance so we can continue to grow. The team has shown it has strong character, that it can be compact with performances that tell you a lot about the mindset of the players. The final table can still give us the chance to recover what we've left behind."

The end of the conference was dedicated to the Winners Cup, a football tournament dedicated to Italian paediatric oncology which was formally presented today at the Suning Training Centre: "It's a wonderful way to show how sport can be a vehicle for love. I hope to be invited to at least one match!", Spalletti joked, "The values of football are important and this tournament sums up the spirit of what that should be. I congratulate everyone who has contributed and all those who will make themselves available so that this type of initiative can develop."