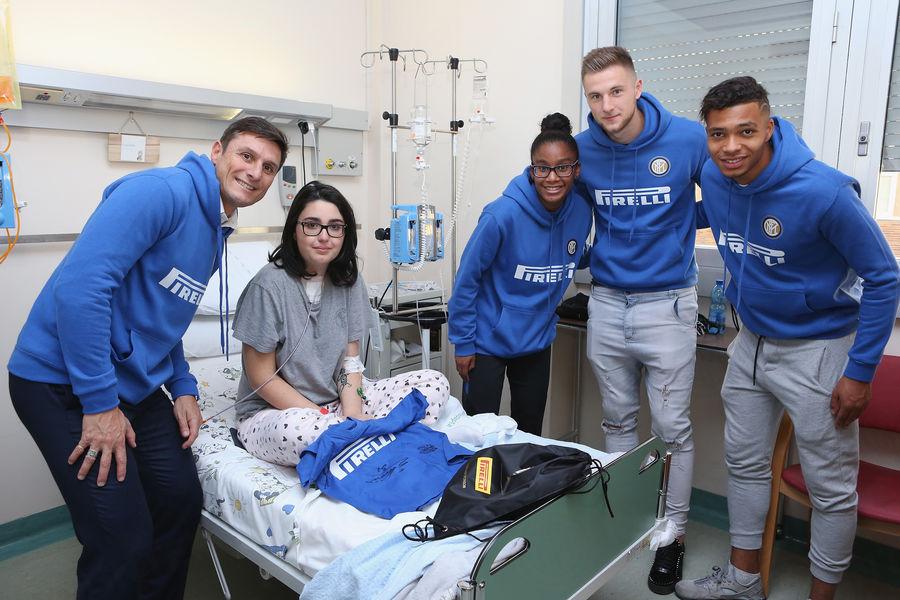 MILAN - Inter have forever been a club particularly active in the field of solidarity and they've paid a lot of attention to off-the-field events. Following the start of the new season, a new CSR project called Inter in the Community was inaugurated in Milan, which comes as part of the Football Therapy initiative. This is aimed at young patients in hospitals across Milan and the local area, with the objective of providing emotional support for kids receiving treatment.

During the first team's day off yesterday, the Nerazzurri dedicated their time to returning the local support and affection that comes their way. Various members of the Inter family (Vice-President Javier Zanetti, Sporting Director Piero Ausilio, first team players: Antonio Candreva, Milan Skriniar and Matias Vecino, a number of players from the youth teams, as well as some employees from the club and Commercial Partner Pirelli) paid a visit to four Milanese institutes, including the Fatebenefratelli, the Institute for Tumours, the Policlinico and the Maria Letizia Verga Centre.