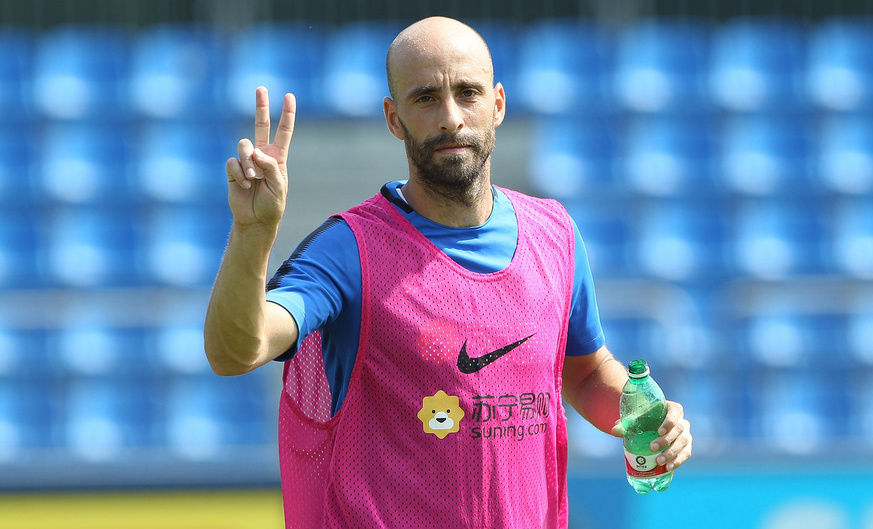 BORJA VALERO: “WE ARE WORKING HARD AHEAD OF LEAGUE RESUMPTION”

APPIANO GENTILE - While certain members of the Nerazzurri squad are currently dotted around different parts of the world on international duty, there is still work to be done for the rest of Luciano Spalletti’s side at the Suning Training Centre. This includes Borja  Valero, who has so far played a key part during Inter’s positive start to the campaign, and he has now taken the time to speak to the Inter Channel: “We came into this break in the best possible manner thanks to two victories over Fiorentina and Roma. Now we are working calmly and with great intensity, waiting for the players from international duty to return and also with an eye on the league resuming.”

As for the squad make-up, the Nerazzurri coach Spalletti can count on a number of players who are more than capable across different positions on the pitch: “We have a flexible squad. There are different players who can cover different roles and during matches this is without doubt an advantage for the coach.”

In terms of his feelings having only recently joined the club, Valero is thankful for the fans’ immediate support: “I instantly received an extremely warm welcome from the Nerazzurri supporters and I hope that I can repay them by gifting them many moments of happiness on the field.”

Next
Victory for Skriniar's Slovakia side