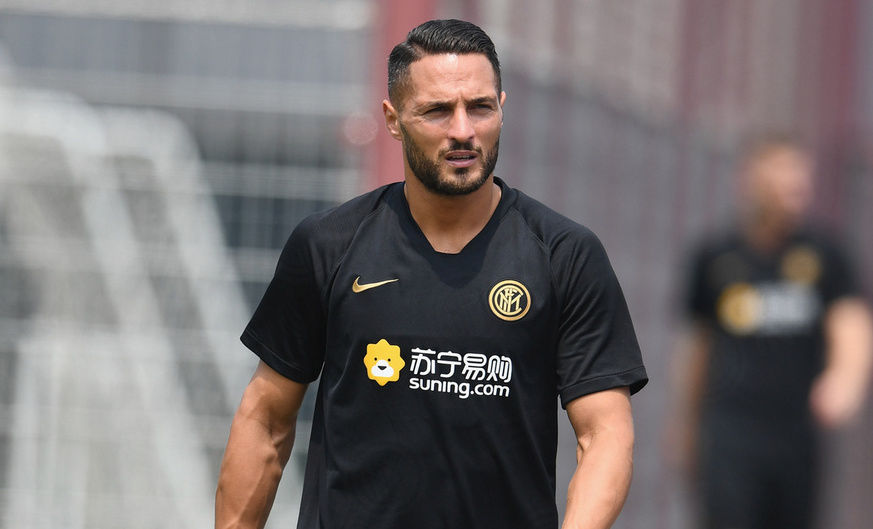 D'AMBROSIO: "EVERYTHING IS IN PLACE TO DO WELL, WE'RE ENTHUSIASTIC"

The Nerazzurri defender: "We work hard every day, we know we need to give everything"

APPIANO GENTILE - There’s not long to go now before the start of the new season. On Monday night at San Siro, Inter will host Lecce (ticket info here) in our opening fixture of the 2019-20 Serie A season. Danilo D’Ambrosio is ready for his seventh season with the Nerazzurri and he spoke to Sky Sport. “At the start of the season, there’s certainly a lot of enthusiasm but we’re very focused at the same time,” he said. “We have a real desire to do well because everything is in place to do so. Without speaking about objectives, we don’t set limits on ourselves. We’re working hard every day to have a season at the top but we can’t overstep. We need to think about each game as it comes and always give 100 per cent. It’s not a question of superstition but what we do every day.”

“Conte’s arrival has brought enthusiasm but above all, it has raised the bar. Furthermore, he has given us great responsibility and we know that we all need to give something more. We’re working hard physically with tough training sessions. From a mental point of view, Conte and his staff are winners.”

Since joining, Cone has introduced a new system and three-man defence. “I like to play in this role, even if there are things to take on. We all have our parts to play, we all depend on one another and we test ourselves on a daily basis.”

The transfer market has seen various new players come in. “I think that it’s easier for the Italian players who have joined to integrate as they already know the league. Sensi has impressed me, he’s very strong technically. Then there’s Lukaku, he’s above the norm physically.”

D’Ambrosio sees his future with the Nerazzurri. “Without talking about contracts, committing to Inter is a normal and natural thing for me.”

Finally, a common on D’Ambrosio’s ability to defend the Inter goal with great clearances and blocks. “You need great focus and a strong desire to not concede to do it. I’ll carry the one against Empoli in my heart because it saw us qualify for the Champions League.”

Next
La Penna to referee Inter vs. Lecce