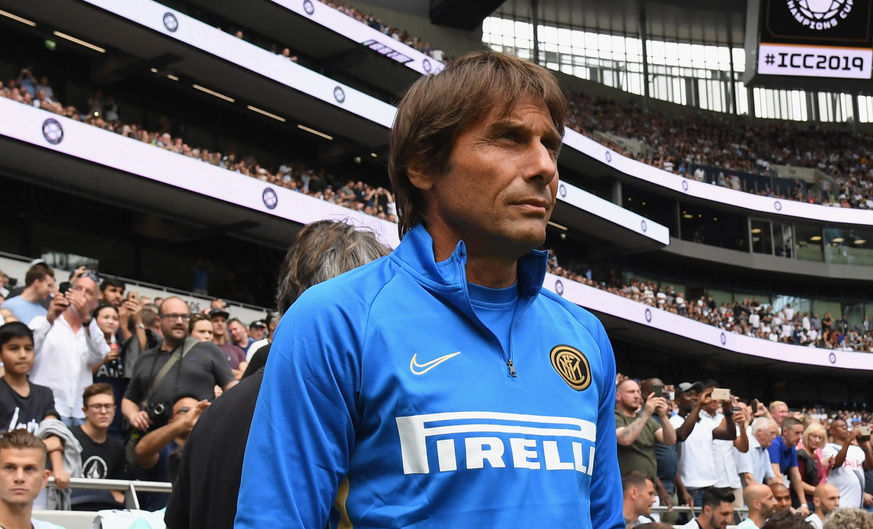 CONTE: "THE GROUP'S MENTALITY IS GROWING"

Quotes from the Coach following the match against Tottenham: "This performance is an important step forward in terms of the team's development"

LONDON – It was another positive performance from Antonio Conte’s side, who finished their 2019 International Champions Cup campaign with a penalty shootout victory over Tottenham: “I’m happy because playing away to Spurs, whose intensity and physical strength are their biggest weapons in addition to the quality their players possess, and managing to do what they usually do is an important step forward,” said the Coach when speaking to Inter TV. “We’ve sent out another message with this match, which is the team’s desire to improve and develop in terms of their character.

“We got at the opposition, we didn’t show any fear and there was a good response,” he added. “We’re creating a good group mentality. These lads have a desire to work hard, this is the most important aspect. We’re working in an important way both from a tactical point of view and in terms of our fitness. It’s only August but we hope to continue along this path.”

The Coach also mentioned Politano in his post-match comments: “Matteo has quality, he’s a solid player and excellent in one-on-one situations. He is capable of doing well. He’s only just started training with us again, the others are slightly ahead of him from a tactical point of view but he’s capable of making a contribution as an attacking player because he has quality, pace and intensity in his locker.”

Finally, he spoke about the Nerazzurri’s fixtures, with Inter set to face Lecce in their first fixture of the 2019/20 Serie A season: “For me, it’s a special game because I grew up in Lecce and started out at Lecce. It will be emotional, I’m very happy that they’ve returned to Serie A. There will be great affection shown towards them, but of course we’ll be opponents over the course of the 90 minutes.”

Next
The Friendship Games of Inter Campus Cameroon