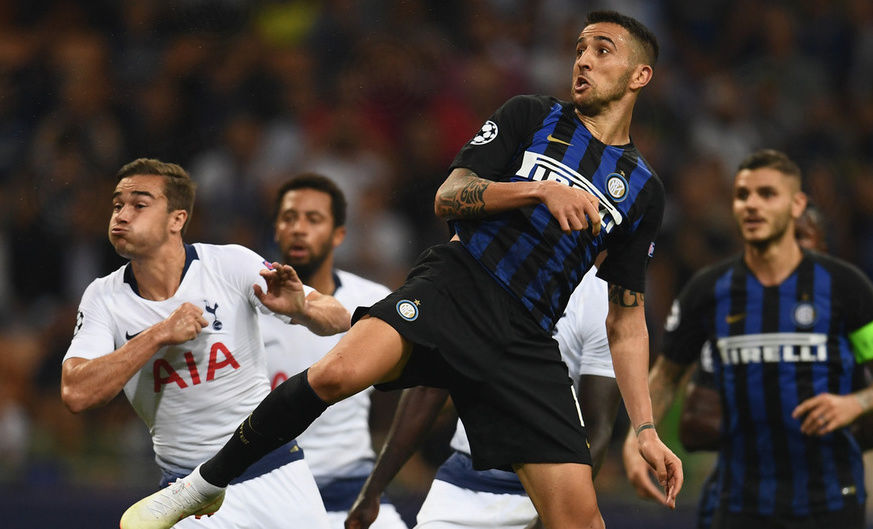 MILAN - Today’s #TBT looks back at our debut in last season’s Champions League, when Inter hosted Tottenham Hotspur on 18th September. A total of 65,000 fans lit up San Siro that night, in a match of much importance. “We are back” was the message that accompanied the game, with the Champions League anthem belted out before kick-off and the players then fighting for every ball. Once again, it was an Inter vs. Tottenham encounter to remember, particularly due to the game’s nail-biting ending. Eriksen had initially dampened Nerazzurri hopes eight minutes after half-time, although this was all change come the final whistle. First, Mauro Icardi fired in a fantastic right-footed volley to make it 1-1, set up by to a superb assist from Asamoah. Then, as the game entered injury time, Vecino stepped up once again – as was previously the case in Rome against Lazio. Once again, it was the Uruguayan’s header that gifted all three points, as he headed in a 92nd-minute winner to send San Siro into ecstasy. The game eventually finished 2-1, in a night full of drama and Nerazzurri excitement.

Next
Colidio: "Our preparations are going well"