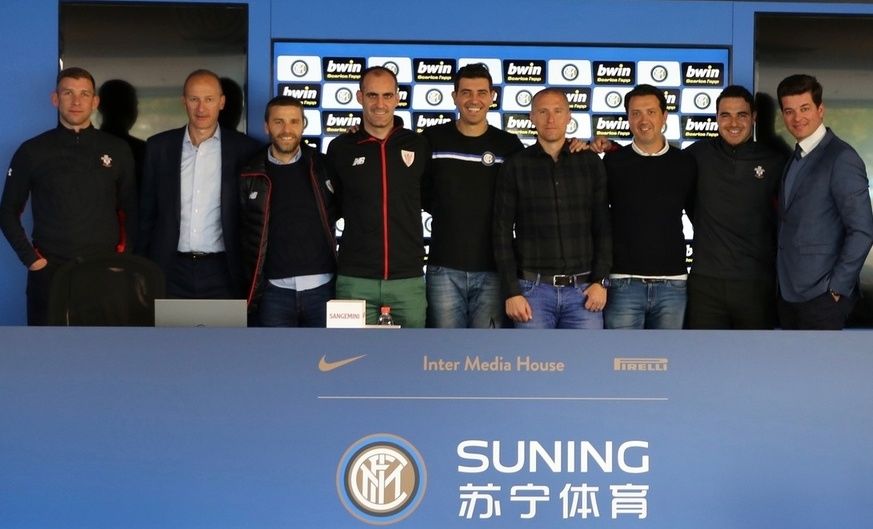 Sharing for growing is the motto according to which the youth academies of Inter, Red Bull Salzburg, Southampton and Athletic Bilbao work together

MILAN - Sharing for growing is both the motto and the objective of the Academy Working Group, the programme through which the youth academies of Inter, Red Bull Salzburg, Southampton and Athletic Bilbao, all united by their excellence, come together to share ideas, knowledge and working methods.

The programme, which is developing through quarterly meetings between the staff involved, saw various representatives from the Austrian, English and Spanish clubs visit our headquarters on 15 and 16 April. Manfred Pamminger and Sascha Milicevic, Executive Director and Team Coordinator U12-U14 respectively, were in attendance on behalf of Salzburg, while Southampton were represented by Edd Vahid, Assistant Academy Manager, Robin Nicholls, Academy Operations Manager, and Kristjan Markovic, European Operation Officer. Representing Athletic Bilbao were Andoni Bombin, Chief Methodology, and Lander Hernandez, Chief Corporate Clubs. In the two days that they spent here, the guests had the opportunity to get to know the Youth Development Centres and the unique system in place that connects Inter to many clubs. They visited Uesse Sarnico but were also provided with an overview as regards the Educational activities that are carried out for the benefit of our young athletes in a meeting held at the Suning Training Centre. Following this, they watched the first team train. Next
Inter vs. Roma: Stats and trivia