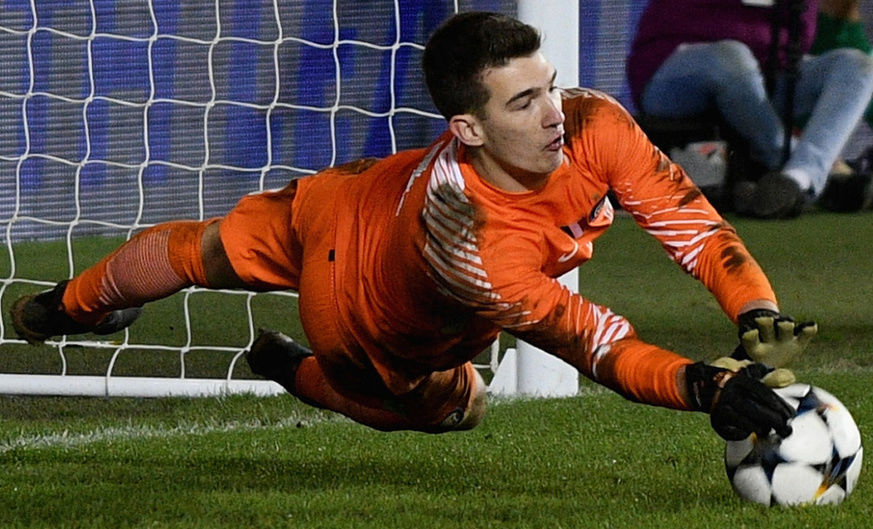 DEKIC: "WE CAN'T WAIT TO START"

The Nerazzurri goalkeeper today spoke to Inter TV: "The Youth League will be a great test for us"

MILAN - With just one week remaining until Inter vs. Cagliari on matchday one of the Primavera season, goalkeeper Vladan Dekic revealed his excitement to Inter TV: “We can’t wait to begin the new season. The delayed start has allowed us to train more and also get to know the coach better.

“Madonna represents quite a big change for us after the last four years, although we’ve struck up a great relationship with him and pre-season was very useful to understand his ideas. It’s now fundamental that we keep working hard so that we can get to know each other better as a group.”

As for the Primavera’s upcoming fixtures, against Cagliari and then Tottenham Hotspur in the Youth league, Dekic continued: “It’s important for us to start well. We’ll be facing some really strong teams in the Youth League and it’ll be a great test to take on Tottenham, Barcelona and PSV Eindhoven. However, we must also qualify. I can’t wait to get out on the pitch. It will be the perfect chance to show were we’re at.”

Next
Don't miss Asamoah and De Vrij at the Inter Store